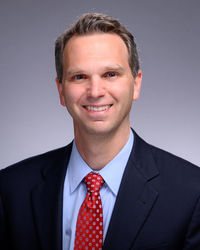 Through his time in private practice and at the University, Mr. Lahey has extensive experience across a wide range of employment and traditional labor matters including discrimination and harassment prevention and counseling; discipline and discharge; wage, hour and classification issues; plant relocations and reductions in force; mergers and acquisitions; strikes and picketing; and employment agreements and restrictive covenants. Mr. Lahey has conducted all aspects of Federal and State court employment litigation, including trials and class actions, in addition to administrative proceedings before the EEOC, DOL, NLRB, and OSHA, among others. Mr. Lahey has also successfully conducted numerous labor arbitrations and collective bargaining negotiations, conducted internal investigations, and provided training on a multitude of labor and employment topics.

Mr. Lahey is a 1993 graduate of the University of Notre Dame, where he graduated with honors and earned a varsity monogram in football. Mr. Lahey earned his juris doctor degree from the University of Virginia School of Law in 1999, and went on to clerk for the Honorable Rudolf T. Randa, United States District Court for the Eastern District of Wisconsin.

Mr. Lahey has frequently spoken and published regarding numerous aspects of labor and employment law. Mr. Lahey is a former Rising Star and Super Lawyer, as designated by Super Lawyer magazine, and is a former Chair of the Chicago Bar Association’s Labor and Employment Section.