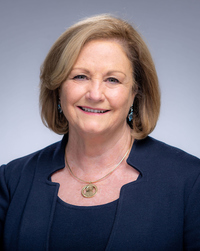 Marianne Corr was elected vice president and general counsel for the University of Notre Dame by its Board of Trustees in 2008. Ms. Corr oversees all University legal matters, including those related to human resources and employment, student policies and discipline, business negotiations and contracts, real estate, intellectual property, immigration, litigation and risk management. She directs an office composed of nine attorneys and  four professional staff. Ms. Corr chairs the University Fiduciary and Policy Committees, is a member of the President’s Leadership Council, and is an Officer at the University.  She also serves on the University's Institutional Risk and Compliance and 403(b) Committees.

A 1978 graduate of Notre Dame, Ms. Corr previously served as vice president and deputy general counsel for the Fortune 500 firm Textron Inc., a multi-national conglomerate, where she was responsible for overseeing all litigation involving Textron and its active and discontinued operations.

From 1981 through 1992, Ms. Corr was an associate and then partner in the international law firm Jones Day, handling cases and matters in a variety of areas, including product liability, antitrust, white-collar crime, securities, occupational safety and health, and corporate investigations. She was subsequently a partner in the Corr Law Offices, a general trial practice firm near her hometown of Philadelphia, before joining Textron in 1996.

After graduating with honors from Notre Dame with a degree in government and international studies, Ms. Corr received her juris doctor degree from Duke University School of Law in 1981, and a master's degree in trial advocacy from Temple University Law School in 1994.